Tuesday Sept. 29th was the date when TYPO3 7.5 was released. Its codename is “Time to Score”. This is probably the last sprint release before the TYPO3 7LTS release which is expected in later this year. In this post I will show you some of the enhancements and changes that found its way to the TYPO3 core.

One of the things, you will experience at first sight, is the improved performance. The TYPO3 backend is blazingly fast. This has several reasons: Many actions are now AJAX based, so a reload of one or more frames in the backend is not necessary any more, like activating or deactivating a page or content element. This is also true for the page tree. Another reason is the new icon format. SVG and icon fonts need much less time in regards of loading. They render really sharp in every resolution. In the screenshot you see the difference between the old and the new icons.

Much work was done under the hood. The biggest challenge was the refactoring of the „form engine”. The form engine is responsible for the rendering of all forms in the backend. Many bugs were solved and much more enhancements where implemented while refactoring. All warnings and exclamation marks are now where they should have been all the time. If errors are distributed across several tabs the error will be shown with a red background on the tab where the error occurs. The system extension “form” got also some love from the team. It is there since many many years,  but was IMHO not really usable, even for simple mail forms. This changed with the current release 7.5. It is now really easy to create working email forms without the need for third party extensions like “powermail” or “formhandler. For more complex forms they are still the way go. The goal of “Fluid Styled Content” is to make it easier to style and customize existing content elements. It is a drop-in-replacement for the system extension „CSS Styled Content“. With the old extension there was much TypoScript knowledge and coding necessary in order to change the behavior of the standard TYPO3 content elements and to get through the div-soup. Now you can use standard fluid mechanism to overwrite the default definitions by changing or adding fallbacks to„layoutRootPaths“, „partialRootPaths“ and „templateRootPaths“ in TypoScript. “Close without Save“ – Warning TYPO3: Warning when close without saving

The file list modules has now a search. This was a long awaited feature by many people. It searches for filenames in all subfolders recursively beneath the currently selected directory.

Creating and editing backend usergroups was very hard, specially to keep the overview, which options where ticked. The UI was improved very much in order to ease this. Now every database table has its own section where the permissions can be set. They are not hidden in multi-select fields any more. “Time to Score” is the right claim for this release! Many really cool features and changes made it into the TYPO3 core short before the 7LTS release. Thanks to all involved people of the active contributors and all other writing patches and documentation! Many many kudos to all of you!
If you like my posts, please help promoting them. For sharing via Twitter, Facebook, XING, Linked In & co you can use easily the buttons below. To be informed right after publishing a new article, you are welcome to subscribe to the RSS feed of this blog. Thank you. 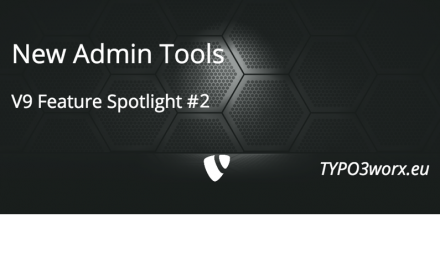