The TYPO3 User Experience Week (T3UXW) is the yearly think tank event of the TYPO3 project. Many things were kickstarted in the past at this event. Most of them found their way into the TYPO3 core. Read on for the history and the future.

The TYPO3 User Experience Week has its roots in the year 2009. The first UXW was held at the castle of Behringen. The castle is / was in the “middle of no-where”. This has the advantage of very few distractions and helps to keep focus on the topic(s).

The outcome was very productive. These are the features, which were kickstarted back then:

After this event there were some years of a break. In 2014 the T3UXW was restartet by new organizers in a new location. There are three things they have in common:

The new “middle of no-where” is the “Wald- und Sporthotel Festenburg”. It is located in the Upper Harz directly in a nature park, which is famous for the “Upper Harz Water Regale” (Wikipedia).

In 2014, the concept for the redesign of the backend in TYPO3 7LTS was created and the first steps in development were made. Also TYPO3 distributions and themes were kickstarted. The distributions found their way into the core code. For the theming stuff, there are now two approaches with t3kit and themes.

One year later in 2015 the first idea of a new frontend editing came up, which Pixelant from Sweden took care of and which will be integrated in the upcoming LTS release of TYPO3. Another outcome of that year is the “Guided Tours” extension, which enables you to create guided tours through the TYPO3 backend and to show (new) functionality to editors and integrators.

The topics of 2016 were translation concepts and the form framework. The results of both topics found its way into the TYPO3 core: There is a new shiny system extension “EXT:form” which was created by the folks of Tritum. The first steps for a “cleanup” and rework of the translation handling were taken in the TYPO3 core, but it is not finished yet …

As far as I have heard, the translation handling will be also a topic for the upcoming T3UXW. Other topics are not set yet, but the history told us, that they will have impact on the development of TYPO3.

Also: YOU can be part of the impact. The places of developers, designers and managers are already set. But is is still possible and necessary to cover the costs of the event. Until now coverage of costs is only 35 percent (as of the time of writing).

This is were you can be part of the impact. Enable others to create and kickstart future changes. As you see from the examples above, it will be no quick win for fixing the one or the other bug. Your engagement will influence the future of TYPO3.

There are two possibilities: You can sponsor any amount, you want, via PayPal. Each and every euro / dollar is really appreciated.

The second possibility is to become a personal sponsor. With the personal sponsorship “your money gets a face” for this event. You will be directly connected to your sponsored person. Within this week you can support him / her with empathy and by being a “remote mentor”, if you want. You create a perfect environment for the participants to be creative and productive.

Besides the good feeling, you will get your company logo on the T3UXW website and will be mentioned on all used social media channels. If the participants agrees, you can also make an interview with him, which you can publish on your website.

If you have further questions about the sponsoring or any other topic around the T3UXW, do not hesitate to contact Petra Hasenau via Twitter, Slack or email. She is organizing the event and will help you with answers.

And of course there is a website presenting the whole event, the team and the location. The URL is http://www.t3uxw.org/.

The T3UXW is a real incubator and think tank event. With a donation or a personal sponsorship you can make it happen this year. So please get your “hands dirty” and help out! :-)

Even if you cannot sponsor yourself, you can share this article on your favorite social network to reach as many potential sponsors as possible. For convenience, there are some share buttons at the end of the article.

Credits
The blog post image shows a lake of the upper harz region, where the T3UXW will take place. I found it on pixabay. It was published by Dieter_G under the CC0 public domain license. It was modified by myself using pablo on buffer. 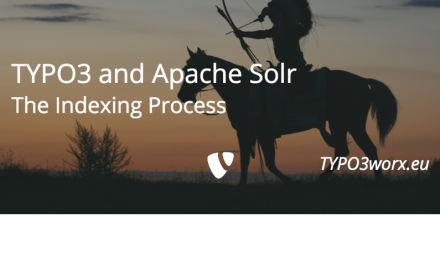 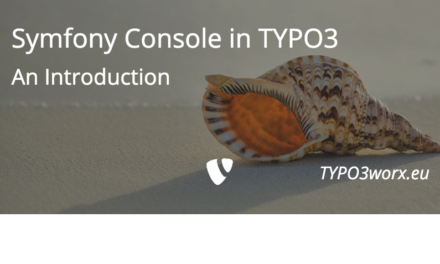